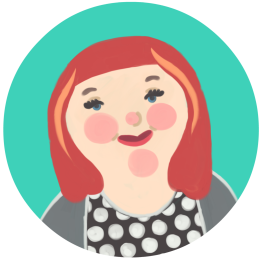 Hallo friends, and welcome to my summary of February’s efforts for my 2018 cookbook challenge. If you want to catch up on the first post and commit to joining in (and picking a book if you like) see the first post here.

As I’m writing this on the 7th of March, month three, this might give you a bit of an idea of how little I have my shit together right now (or have for the past month or so). February was bonkers. Massive props to N for putting a few of these dinners (and breakfast) together. Because srsly if not I would’ve eaten toast for a month most likely.

Here’s what we managed to make (a feeble effort again, sozzlepops.)

There were plenty of recipes that we wanted to make but didn’t, particularly the Glam Chowder and a couple of the puds. But 2018 marches on and we’re already 7 days into March. I agonised slightly over which book to choose for this month but finally settled on one that’s relatively new to my collection. All y’all without a pressure cooker (American translation: Instant Pot) can stand down pretty much, because this is my March choice:

So thar she blows, and it’s steam (STEAM) this month all the way. I’m using my delightful Pressure King Pro (or PKP) but you can use more or less any if you want to play along. Oh, you’ll also need the book I guess but if you have an IP/PKP in your kitchen I’m guessing you probably also have a vegan cookbook with pressure cooker recipes in too? Personally I’ve had to learn how to make a few basics from scratch and I ALWAYS put too much liquid in, choosing to completely ignore the science of how the thing actually works. Hey, maybe by the end of this month I’ll get over that? That would be an achievement at least.

Let me know if you’re playing along this month, or waiting until we get back to regular stove-top cooking!

Check out Jennifer’s post about Isa Does It over here!

Susan has been joining in over on Instagram, yay!